June 05, 2020
When asked "Are there any signs that the permanent peace of the world will be established in anything like a reasonable period?", 'Abdu'l-Baha answered: "It will be established in this century... All nations will be forced into it." ('Abdu'l-Baha in Canada, p. 35) AN OPEN LETTER TO ALL THE BAHA'I WORLD - DIRECTED THROUGH THE FRIENDS OF INDIA Dear friends, Allah'u'Abha! May the blessings and glory of God be upon you all and all your loved ones in this clear Day of the visible birth of the Great Peace of our times. "Man schemes and God schemes and God is the best of schemers" (al-Anfal Q 8:20). AS WE come into the fullness of this first Century of the Covenant (1921-2021), and this penultimate year of 2020, BEHOLD: an Act of God--The current COVID-19 Crisis, and the universal global lock-down and shut-in protocols of the Quarantine for all the people of the world--as 'Abdu'l-Baha spoke in 1912: "Al
Post a Comment
Read more

November 17, 2019
"Blessed is he who, at the hour of dawn, centring his thoughts on God, occupied with His remembrance, and supplicating His forgiveness, directeth his steps to the Mashriqu'l-Adhkar and, entering therein, seateth himself in silence to listen to the verses of God, the Sovereign, the Mighty, the All-Praised. Say: The Mashriqu'l-Adhkar is each and every building which hath been erected in cities and villages for the celebration of My praise. Such is the name by which it hath been designated before the throne of glory, were ye of those who understand." (Baha'u'llah, The Kitab-i-Aqdas) "The Mashriqu'l-Adhkar is one of the most vital institutions in the world, and it hath many subsidiary branches. Although it is a House of Worship, it is also connected with a hospital, a drug dispensary, a traveller's hospice, a school for orphans, and a university for advanced studies. Every Mashriqu'l-Adhkar is connected with these five things. My hope i
2 comments
Read more

Abdu'l-Baha Abdu'l-Baha December 17, 1919   There is not one soul whose conscience does not testify that in this day there is no more important matter in the world than that of Universal Peace. Every just one bears witness to this and adores that esteemed Assembly because its aim is that this darkness may be turned into light, this bloodthirstiness into kindness, this torment into bliss, this hardship into ease and this enmity and hatred into fellowship and love. Therefore the effort of those esteemed souls is worthy of praise and commendation. But the wise souls who are aware of the essential relationships emanating from the realities of things consider that one single matter cannot, by itself, influence the human reality as it ought and should, for until the minds of men become united, no important matter can be accomplished. At present Universal Peace is a matter of great importance, but unity of conscience is
2 comments
Read more 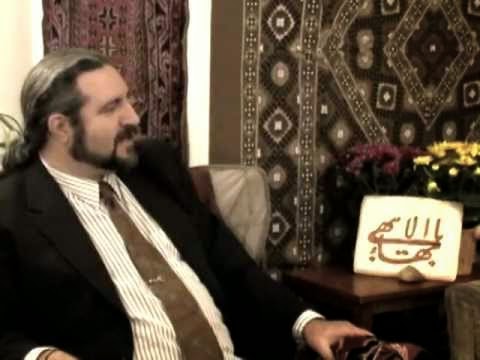 Neal Chase is re-married and currently lives in the United States of America in the Rocky mountains with his wife and their two children. Publications. Aside from the large body of his published and unpublished letters, writings, press releases and research materials, some of his most notable publications include: Ezekiel’s Temple in Montana. Lazarus the Sick World. Higher Dimensional Geometry in Mathematical Modeling. Religion and Spirituality in the Psychology of Personality. Universal Cycles of Time: 2012 and the Celestial Magi.
8 comments
Read more

April 11, 2015
Television and Radio. Every Friday night from 1992-2001, Neal Chase, hosted a weekly live call-in talk show on MCAT (Missoula Cable Access Television) called Bahá’í Phone-in Live. The format allowed callers to discuss issues ranging from religion, world events, politics, and special interests. Neal Chase was also invited to be a guest on the Art Bell radio show Coast to Coast AM on March 25, 1993, soon after the first World Trade Center Bombing which he accurately predicted. Neal Chase also appeared on Michael Moore’s TV Nation Episode  Five where Dr. Leland Jensen was featured. Neal Chase has also appeared in many other publications, reviews and literature, some of which focused upon the scientific study of the Baha’i Faith. “One of the most significant events in the history of the [Baha’i Faith ] BUPC was the recruitment of Neal Chase, a spiritual seeker from Wisconsin who proved to be brilliant at synthesizing Jensen’s teachings [establishing Baha’u’llah] with other prophetic beli
1 comment
Read more

April 11, 2015
Begun a little while after, but continued con-currently with the Colorado and Montana cases, began the assault against the UHJ by the original group or ex-IBC members and their successors the ones that attacked Mason Remey AGHSAN back in 1957-1960. Thus while the ex-menders of the second IBC set up by Dr. Jensen were attacking the Guardian, the ex-members of the first IBC set up by Shoghi Effendi attacked him as well. They first attacked him in the United Nations through World Intellectual and Property Organization, whose international courts are based in Geneva Switzerland. Having no formal background in law whatsoever, he single handedly wrote the legal response to their caviling and claims citing the Will and testament of ‘Abdu’l-Baha and showing that they were the ones outside the legal provisions of the CHARTER (the sacred Will and Testament of ‘Abdu’l-Baha, see Shoghi Effendi, World Order of Baha’u’llah, page 144 for more) and therefore could not be the actual Universal House o
4 comments
Read more

April 11, 2015
After September 21, 2001, Neal Chase has been continually attacked by the Covenant-breaking Baha’is in variety of court cases and venues. Of the collateral damage in these cases is the loss of his two children and the dissolution of his first marriage. The Covenant-breakers first tried to hijack the second IBC/UHJ that Dr. Leland Jensen had established on January 9, 1991, exactly 40 years after Shoghi Effendi had established the first one in January 9, 1951. Exactly as the Hands and the liaison officer of the first Council Ruhiyyih Khanum had one and all rejected Mason Remey AGHSAN and attempted to hijack away the first IBC/UHJ and set up a headless Monster “UHJ” in its place, remarkably enough, the newly appointed members of the second IBC/UHJ including the second Liaison Officer, also attempting to dissolve the second IBC/UHJ. Neal Chase along with the other loyal members of the Council, active and firm in the Covenant were able to prevent this, and the council remains established
2 comments
Read more
More posts